Central Maine Credit Union donates $500 to a local organization the helps provide medical and personal care for cats living in the wild. Some of their care includes special food, medications, dental care, emergency care, and much more. We are proud to help an organization dedicated to helping animals in our community. 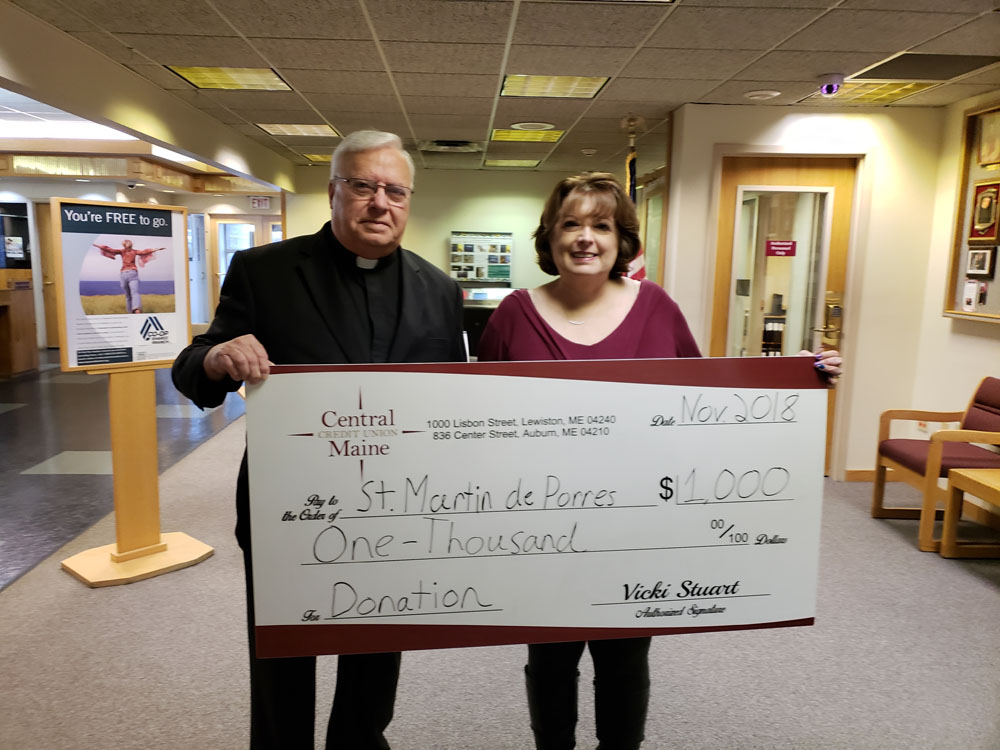 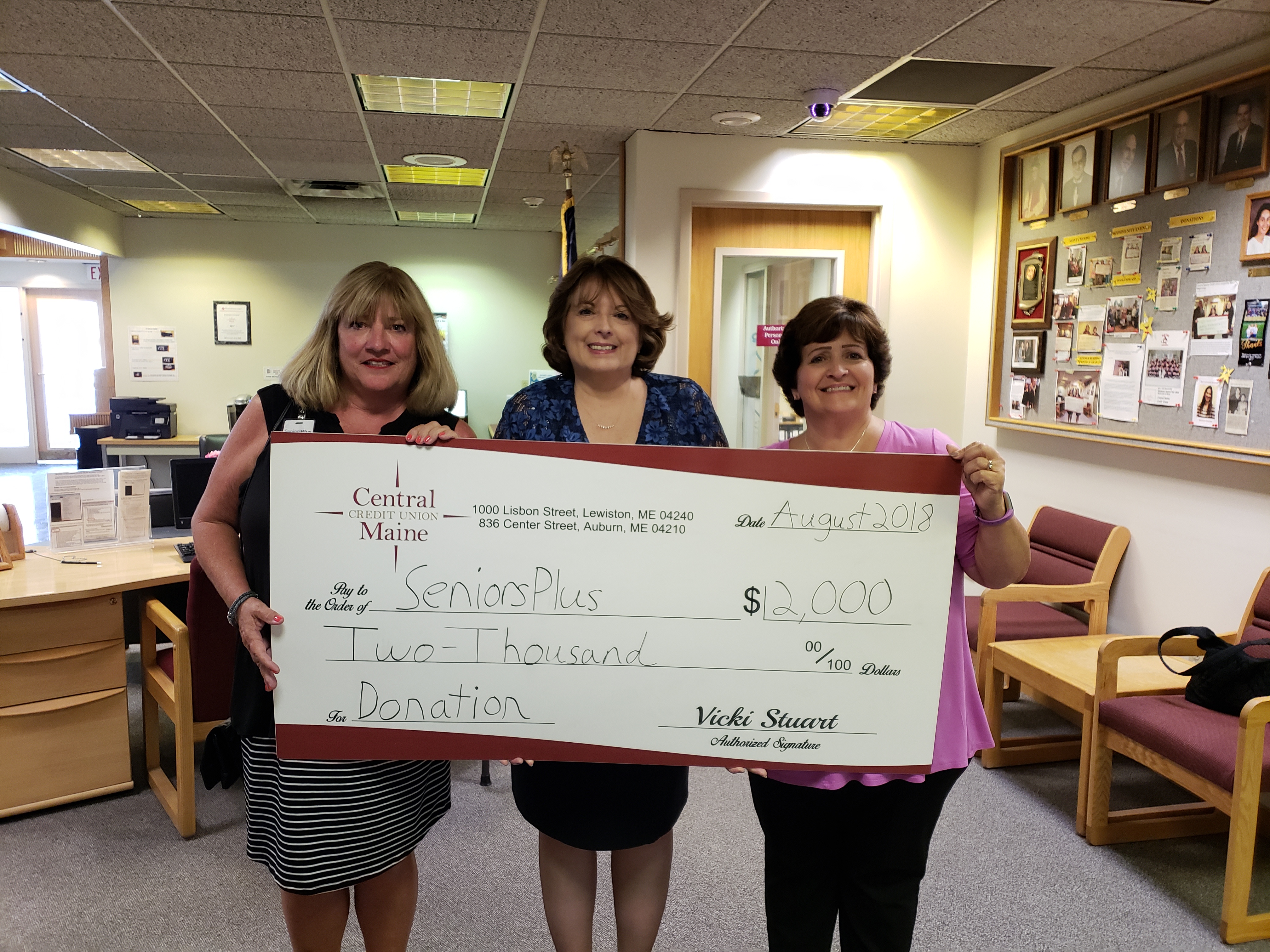 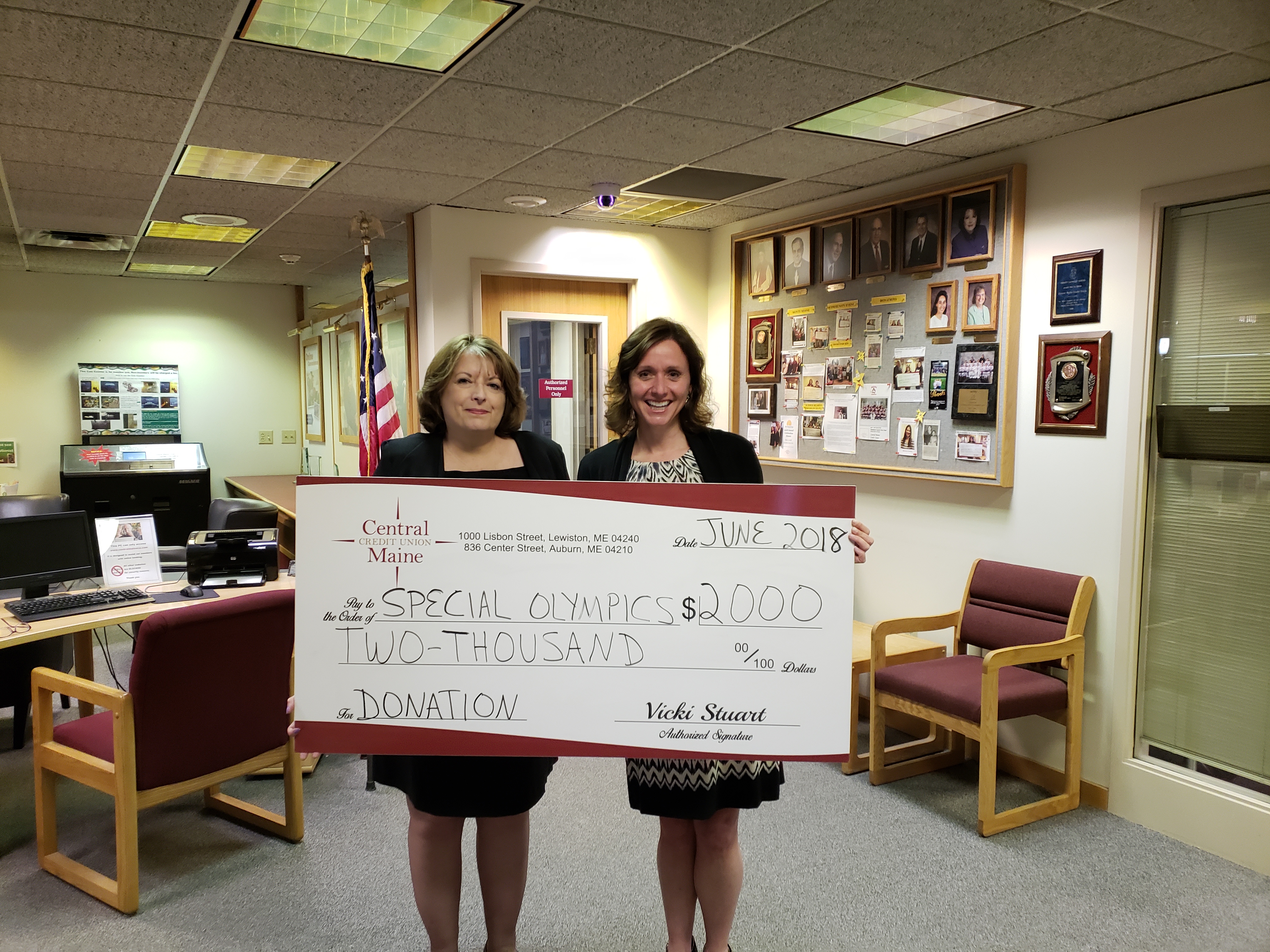 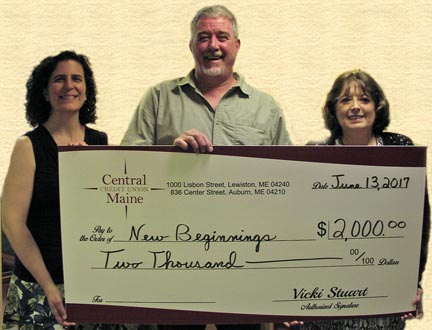 Central Maine Credit Union recently presented a check for $2,000 to New Beginnings of Lewiston. Since opening its doors in 1980, New Beginnings has grown from a program providing basic shelter care to an agency with a variety of community-based services meeting the needs of youth in crisis and their families.

Central Maine Credit Union recently made a donation of $2,000 to the Boys & Girls Club of Auburn and Lewiston. The Auburn/Lewiston Clubhouse offers after school programs for children and provides a safe and positive environment for youth to spend their time enabling young people to realize their full potential as productive, responsible and caring citizens.

Central Maine Federal Credit Union, 1000 Lisbon Street in Lewiston, and 836 Center Street in Auburn has served the financial needs of its members for over 65years and actively participates in and supports many organizations within the community.

Central Maine Federal Credit Union recently donated $2,000 to SeniorsPlus for their Meals on Wheels program. SeniorsPlus is a private non-profit corporation that relies mostly on volunteers to deliver meals to shut-ins and seniors recovering at home  throughout Lewiston, Auburn, Lisbon, Sabattus, Greene and Livermore Falls. 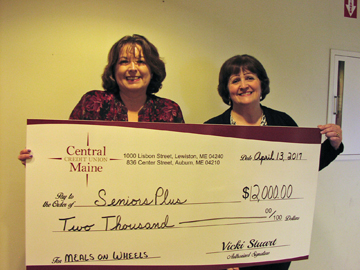 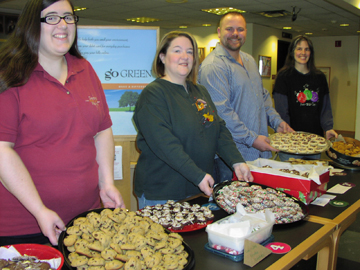 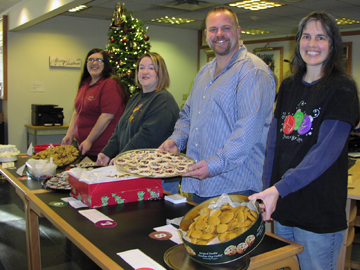 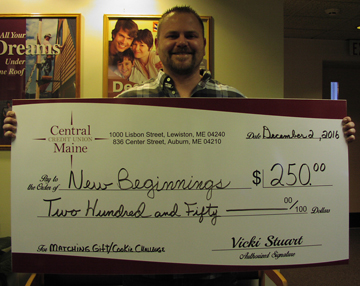 On Friday, December 23rd, Central Maine Credit Union held a Cookie Challenge. For a $1 donation to Maine Credit Unions Ending Hunger Campaign, voters received a ticket to vote on their favorite cookie baked by nine of our Credit Union employees. The winning employee received a monetary prize and a matching gift for their favorite charity. The winner was Ray Soucy for his Raspberry Thumbprint Cookies and he chose New Beginnings to receive the matching donation. Central Maine Credit Union wishes to thank everyone who participated in this fun and delicious event, the bakers, the voters and those who donated so generously to this worthy cause. 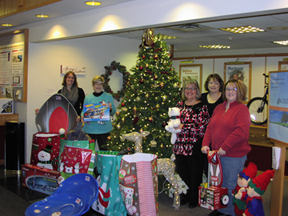 In the Spirit of the Season...